By Ahmed Al Kiremli
Movie Story
A digital and gaming company founder creates a new digital world, where he gets stuck for twenty-five years. No one in the real world knows where he went or how he disappeared. Later, his son (Sam Flynn) coincidentally finds himself inside the digital world that his father created. He finds his father there, and together they struggle to find a way to get back to the real world.

WOW! I always say that I’m not a big fan of science fiction movies, except a few, and this one of the few. How can I describe how unique and different it is? It’s difficult to explain, but I can give you some comparisons: it’s like The Matrix was for science fiction movies when it first came out, or the iPhone for mobile phones. This movie will take you to another world that you never imagined before. How could the movie and technology industries have evolved to create such a movie? The story was very interesting, the make-up was fabulous, the graphic design was unbelievable, and the directing was amazing. I said so many WOWS while watching the movie in the cinema. I loved it! 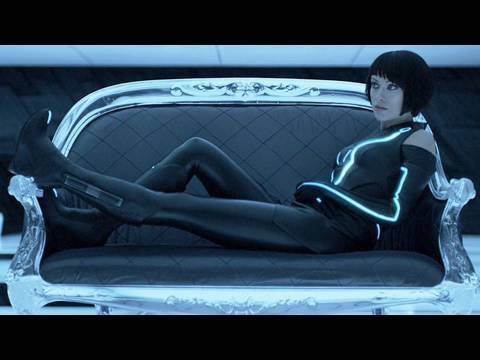