By Ahmed Al Kiremli
Movie Story
Valerie Plame leads an investigation into the existence of weapons of mass destruction in Iraq. Valerie’s husband, diplomat Joe Wilson, is drawn into the investigation to substantiate an alleged sale of enriched uranium from Niger. But the United States administration ignores his report about the weapons and uses the issue to support the call to war on Iraq in 2003. The administration decides to remove Valerie Plame from the case and ignore her recommendations, so she decides to go public in a challenge against the administration.

Based on a true story, the movie is worth watching. It talks about the information conflict between the CIA and the Bush administration before and after the war in Iraq (2003). It’s a political movie and shows the struggle of a secret CIA agent with the administration, her husband, and herself.
The acting of the two main stars (Naomi Watts and Sean Penn) was very good. The casting of the Iraqi characters was quite bad, though, as most of them can’t speak in an Iraqi accent, especially Egyptian actor Khaled Nabawy. Why not use real Iraqi actors? They would cost less and do a better job. 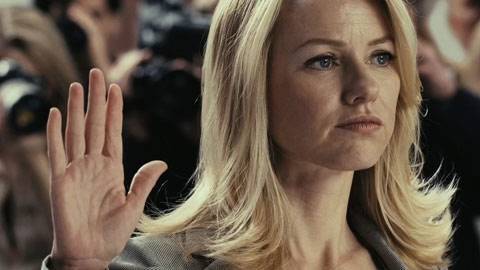